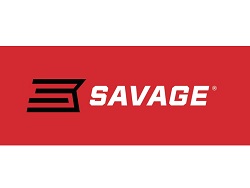 February 06, 2019 - The Savage Pro Shooting Team has lots of excitement in store for 2019, including an active competition schedule and three new members.

“We are thrilled to have such strong shooters on our team,” said Beth Shimanski, marketing director for Savage. “Not only are these guys incredible competitors, but they are strong ambassadors for our brand. They also provide great research and development for us, as they are using our products day in and day out. They help us make our products even better.”

Savage’s F-Class Team, which has been shooting together for over a decade, is taking a break in 2019. Warren Dean will remain captain of the team and will bring on new members for the 2020 season. In 2019, he will be shooting with the US F-T/R Team in all team matches at the F Class Nationals and Southwest Nationals through February 2020. Stan Pate, an original member of Team Savage, will shoot more PRS and practical rifle matches this season but plans to shoot some regional F-Class matches and teach classes to military and law-enforcement shooters. Mike Miller, a team member since 2013, plans to teach more in the precision-rifle and AR-based platforms, and compete in PRS, F-Class and 22 LR competitions. Monte Milanuk plans to shoot several F-Class matches in 2019 and will be an instructor at a precision rifle clinic.

The 2019 Pro Shooting Team is comprised of F-Class, PRS and 3-Gun shooters, including Dean, Pate, Miller and Milanuk. Other members include Patrick Kelley, the “king of heavy metal,” from Moses Lake, Washington, who has been a team member since 2016. He’s been shooting since he was 6 and has shot competitively since 1987. In addition, Larry Houck, of Louisburg, Kansas, joined the team in 2018. He’s a nationally recognized top-level competitor in multiple disciplines spanning more than 25 years.

Also, the team features three new 3-Gun shooters, who also shoot in other disciplines. Josh Eernisse, a police officer from Leota, Minnesota, competes in USPSA, 3-Gun, NRL and clay-target sports. Logan Toland, also of Minnesota, received a 22 pistol for Christmas one year and fell in love with shooting. He is the youngest team member at just 14 years old. Ryan Bartsch, of Denzil, Saskatchewan, is a 3-Gun shooter and pro-staff hunter.

“We are excited to see how the team performs this year,” Shimanski said. “We have a strong pipeline of products focused on competitive shooters and are eager to continue to grow our team.”

The squad’s 2019 schedule includes PRS, F-Class, long-range and 3-Gun matches throughout the country. Team members compete under the Savage name and use Savage products — sometimes stock from the factory. Competing in shooting events also lets the group interact with consumers and the shooting public.

“They are often the name and face of our brand at events,” Shimanski said. “People love to hear from our shooters. Their third-party endorsements of our products help consumers make the right decisions on products for their needs.”

Shimanski added that Savage will continue to provide the team with accurate, reliable firearms and a strong family of support.