Home   /   Team Savage   /   Team Bio
Larry Houck
Larry Houck is a nationally recognized top level competitor in multiple disciplines spanning a career of more than 25 years. Having competed in USPSA, IDPA, Steel Challenge, Bianchi Cup, NRA PPC and 3 Gun, Larry has over 60 state and national class wins and is a 3 time National Division champion in two different disciplines. Larry was one of the original competitors selected to participate in the inaugural season of 3 Gun Nation Pro Series and remained a part of that series over the next four years. Larry has been a member of two factory shooting teams, Heckler and Koch and FNH USA. Larry served as the team Captain for FNH USA. Larry was the lead firearms instructor for a major Department of Defense contract teaching handgun, shotgun and rifle. Larry also served as the Director of Training for the Department of the Army Police Academy and as a Police Lieutenant – Training Supervisor for the White Sands Police Department at White Sands, NM. 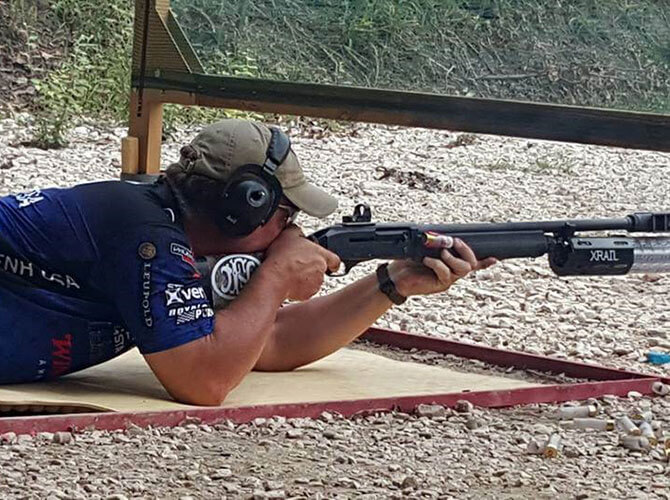